Nexus One is a Google branded mobile phone manufactured by HTC. HTC has made the hardware in assosiation with Google while the operating system is Android 2.1. Android is an open source mobile OS partly developed by Google, now managed by the Open Handset Alliance which consist of a group of 47 mobile companies. 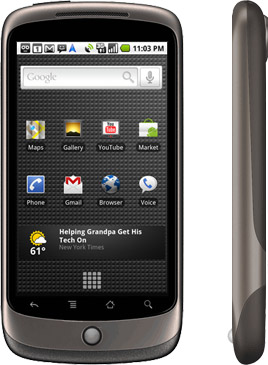 The Nexus One Specifications is a high-end device with good features on paper, but it's not revolutionary. To mention a few goodies:

It does not have front camera for Video calls and QWERTY keyboard so it might not be for everyone. The final reviews will give us the verdict.

A handfull of manufactures are already shipping Android powered phones. HTC with their G1, Hero, Magic, Motorola with Cliq and Droid, Samsung I7500 Galaxy and soon the Xperia X10 by Sony Ericsson. These are all selling for USD 525 to 625 so the Nexus One will be one of the most affordable Android devices available. 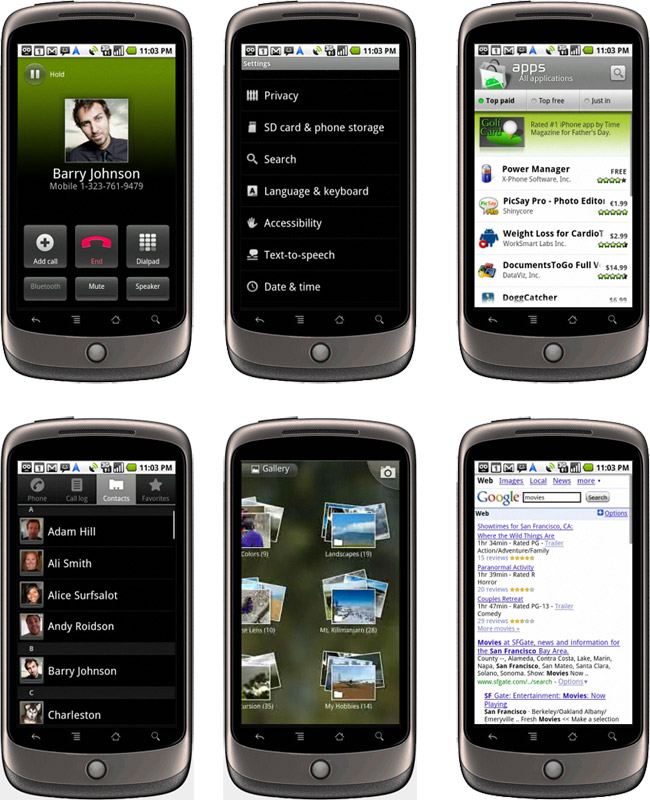 Comments
On 24 Jan 12:51 Sabir wrote
I am really sad guys :( . I like this phone very much and I ask my friend in USA to buy 2qty for me and my other friend. While, I read this thread I knew it doesn't have a secondary camera. How come in this advanced-tech-world a smart phone without a secondary camera? I checked many sites to know its features, but I didn't check if it has a secondary cam as it's always there with any newly launched mobiles. Does anyone have this HTC Google nexus one?
On 21 Jan 18:32 Don wrote
I managed to get my hands on one of these but it was locked to Tmobile.
after searching for days I finally found someone who could get a code for it here http://www.unlockcellphonecode.com/product_info.php/code-unlocking-mobile-cell-phone-p-72
Now my phone is unlocked and I'm using it on 3g ATT!
I found this info in your forum. thank you!
On 14 Jan 19:49 GammaSharma wrote
The v2.1 better than the v1.5 of the Xperia X10. Will it have autofocus, touch focus or face detection and stuff?
On 7 Jan 21:53 sealover94 wrote
YEAH... with 1.4 SAR... sorry but a rather stay ALIVE!
On 7 Jan 10:35 NitroFan wrote
Mutts and Nuts come to mind!