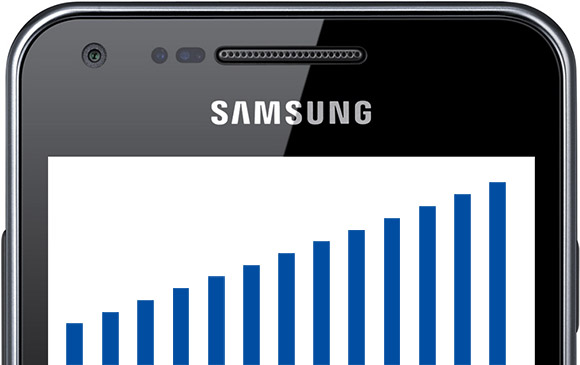 Samsung release the financial figures for the first quarter 2012 today and the numbers tell us that the Korean electronic giant has a very profitable mobile division. A decrease in sales of semiconductor chips and TVs did not result in red numbers because of strong performance by the Mobile Communications business. The operating profit of the IT & Mobile Communication businesses increased from 1.46 trillion Won (Euro 974) in Q1 2011 to 4.27 trillion Won (2.84 billion Euros) in Q1 this year. Out of Samsung's revenue of 45.27 trillion Won, the Mobile business drove in 18.90 trillion. A 86% increase since first quarter last year.

The Samsung Galaxy S3 with the quad-core Exynos 4 processor will be revealed next on next Thursday. The Galaxy S II successor will most likely continue to increase revenue for Samsung.