An Jiaxuan and a friend has developed an Symbian^3 application for the Nokia C7 to remote control a car. The software development was done in just 20 days. At least this is what the YouTube video want us to believe. The quality of the video showing the two guys development progress it close to perfect which makes our hoax radar give us a warning.

If the project is true, it is a good job to have develop and test a working Symbian app in only 20 days. From the video, it seems like they needed to have a lot of hardware stuffed into the car. I guess they had what they needed laying around in the lab space they rent.

Before testing the app on a real-size BMW, they used dolls, air-conditioner, DSLR camera, RC-cars and three other things to ensure the remote control worked properly. It does not matter much if these things are broken after a crash. It is worse if the new BWM crashes. The video does not explain how the C7 are connected to the car, but it is hopefully not using Wi-Fi with it's 100 meter range. At the end of the video, it seems like the car is further away from them than that.

The Nokia C7 is a Symbian^3 smartphone with a 8 megapixel camera, Wi-Fi, touch screen, A-GPS, Bluetooth 3.0 and HD 720p video recording. It was announced in September last year. 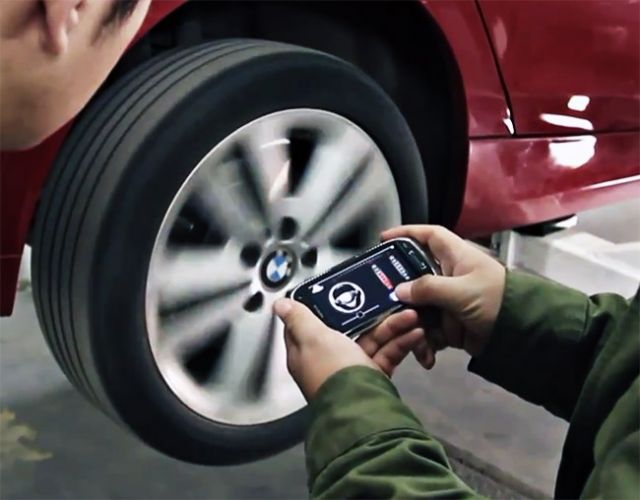 Fake or not? Leave a comment below to vote

tranced10 years ago
Seeing the video was uploaded on jan 19th and the project ended on nov 28th, the video had the chance of getting edited. So that's why I think, the video looks so pro.
Now, back to the theme, they seem to know what they were up to. I don't doubt anything from the Asian people.

DarkKrypt10 years ago
watch mythbusters; they explain how this can only be done.

tjcastillo10 years ago
what site s video from?can u send?

tranced10 years ago
Here it is: http://www.youtube.com/watch?v=-6TNtCvg3Z0

bangsters10 years ago
I call BS on this. Not that they couldn't do it. I think they made it, but not in 20 days. I do programming and getting all that done in 20 days seems a bit iffy, not counting the code testing, graphics/artwork design, planning, debugging, all that stuff.....
but if they were really able to do it in 20 days, then kudos to them.

tranced10 years ago
And they could have done it working 24/7?

garlic_bread10 years ago
They have no motor to turn the steering colum...

goldenface10 years ago
I can see where this is going. Paying our mobile phone operator to remotely drive our cars around via our mobile.