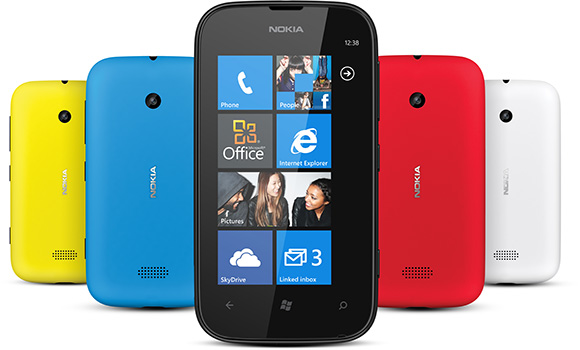 Nokia today unveiled the Nokia Lumia 510 smartphone running Windows Phone 7.5. The Lumia 510 is a 4-inch entry-level smartphone with limited features. Among other things, it has only 4 GB internal storage and no memory card slot. You will get 7 GB free SkyDrive storage but in our opinion, that does not compensate for the lack of internal storage. Other features that differentiate this model from the high-end Lumia 920 and Lumia 820 is the lack of NFC, the 256 MB RAM, Windows Phone 7.5 (Lumia 920 and 820 runs Windows 8).

Lumia 510 has a 4-inch TFT capacitive touch screen with a 480 x 800 pixel resolution. The camera will capture photos up to 5 megapixels and Nokia has been smart enough to add a dedicated camera key.

India and China is the first countries where the Lumia 510 will be available. The price is expected to be $199 SIM-free which rank the Lumia 510 as one of the cheapest Windows Phone 7.5 models available.

jcwhite_uk8 years, 3 months ago
Seems weird to release a Windows 7.5 phone with Windows Phone 8 about to be released, although that doesnt stop Sony releasing phones with old software.

tranced8 years, 3 months ago
A LED flash is so nice. Why don't they include one? It has a decent camera. They had to include the LED. But the phone is ok. For its price it almost a perfect phone.

Bonovox8 years, 3 months ago
Cheap low end for China and south America. The one thing Nokia should not have done is the really low internal memory.

tranced8 years, 3 months ago
Well, I agree with you. Not having an expansion slot is quite a down. But I assume people will have everything in the cloud.

Bonovox8 years, 3 months ago
Well it could only have an expansion slot if it was Windows 8. They could have put it Windows 7.8 at least but I did read that Nokia will still release the odd cheap Windows phone for emerging markets. They should have at least put in 8 gig like the 610 & 710. Oh well I'll be buying the 820 or 920 anyway depending on funds

tranced8 years, 3 months ago
Marly, it says 7.5 or am I missing something?

Bonovox8 years, 3 months ago
That was me I said why not ship it with 7.8 but I wasn't thinking that 7.8 ain't out yet