Just days ahead of the annual IFA show in Berlin, LG announced its new flagship model. The LG Optimus G is a 4.7 Android ICS smartphone and the first commercial available device powered by the new Qualcomm Snapdragon S4 Pro quad-core processor. A handful of devices running the S4 processors are available in the market, but the Optimus G is the first with four cores, hence the Pro name. The 1.5 GHz Krait CPU are companioned by the next generation Adreno 320 GPU.

The advantage of being such a large company as LG is with in-house R&D of display technology and battery is that LG handsets will get all these new innovations first. The Optimus G has a 2100 mAh battery which are claimed to extend the battery lifespan to 800 cycles compared to conventional Li-Ion batteries of 500 charging cycles. The LG Optimus G also has a 4.7 inch True HD IPS+ with sRGB colour accuracy. LG Display has developed the G2 Touch Hybrid Display which is thinner than current available touch screen panels. The display resolution is 768 x 1280 pixels large with a 15:9 aspect ration. The only smartphone we know of having more pixels is the 5.3 inch Galaxy Note from Samsung with a 800 x 1280 pixels resolution.

The global version of the Optimus G will be launched in Korea in September, followed by other markets worldwide. 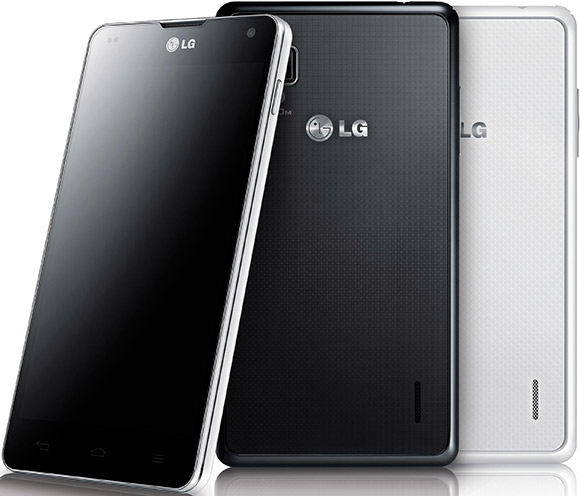 Bonovox10 years, 3 months ago
Looks smart and impressive specs too!!

Guarulhos10 years, 3 months ago
Looks Smart And Impressive Specs Too (2) !!!

Once Upon a Time Samsung Galaxy S III !!!

P.S: Congratulations LG By The Pioneering And Innovation !!!

Supa_Fly10 years, 3 months ago
I cannot WAIT to see that screen in future products such as Xperia and iPhone 5.
S4 Pro cpu!!