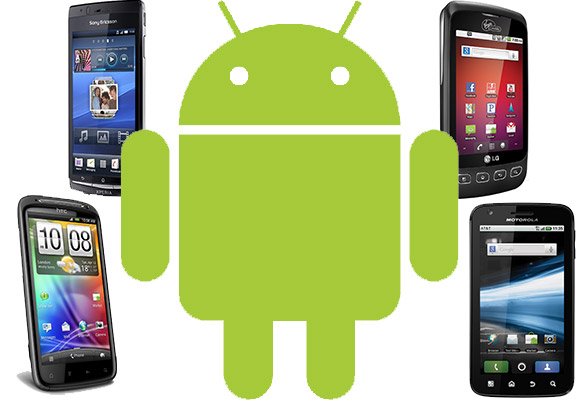 The smartphone market grew 73% year-on-year for the second quarter and number of Android devices shipped compared to 2010 increased with 379%. A total of 107.7 million devices was sold during Q2 and Android was the number one operating system in 35 of the 56 markets tracked by Canalys. 51.9 million Android devices was sold while iOS and iPhone which is the second largest smartphone OS was shipped in 20.3 million units.

Nokia and Symbian didn't do very well. They lost the second place to Apple and third place to Samsung. Samsungs Galaxy S II sold well but Canalys believe the performance was underwhelming, considering the opportunities offered by the upheaval at Nokia. Canalys thinks Samsung is the best maker to grow at Nokia's expense because the companys global scale and channel reach but they have failed to do so.

Microsoft and Windows Phone has a long way to go as only 1.5 million smartphones was shipped during Q2. Down 52% since Q2 last year. In North America iPhone market share dropped from 31% to 25% while HTC climbed to a 21% market share.

Nokia and Microsoft to announce new devices on August 17th?

korbindallis10 years, 6 months ago
Samsung should be in this picture
sony ericsson and lg are the lowest producers of android
Samsung, HTC and Motorola are top in that order then LG and last Sony Ericsson which has a long way to go but hope to see them push good luck

goldenface10 years, 6 months ago
Sony Ericsson needs to get into gear. HTC is having great success at the moment, they're definitely flavour of the month.

skblakee10 years, 6 months ago
Samsung will eventually replace Nokia as the market leader and the one who most will chase.

rockstar223010 years, 5 months ago
to be honest it seems that samsung is the best in making android phones

skblakee10 years, 5 months ago
Samsung seems to have the most of the more popular Android phones.


I'll say that samsung has most quality Android phones, rather than most popular