No surprises who's on the list, but the order has changed since last year 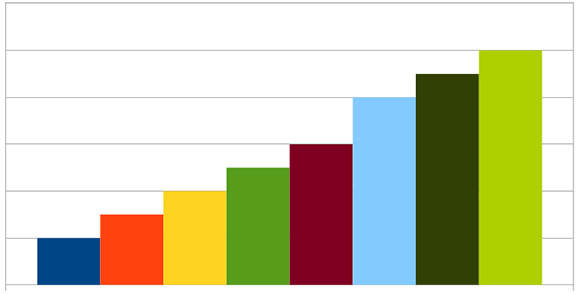 Because the number of devices shipped in Q2 2011 compared to 2010 increased, some manufactures have lowered market share despite shipping more units. Samsung on second place sold 69.8 million devices during second quarter compared to 65.3 units last year. The market share fell from 17.8% to 16.3%.

Nokia is still the world largest manufacture of mobile phones. Do not confuse these numbers with smartphones which often are the sales figures you hear about these days. According to Gartner, smartphone sales continued to rise at the expense of feature phones.

Sony Ericsson has reported that the Japanese earthquake had an significantly impact on Q2 results. They estimate 1.5 million less sold units due to earthquake-related supply chain constraints. If those numbers are correct, it would still not change the order in the top-ten list. The earthquake might have had impact on other manufactures as well. Sony Ericsson and LG are the only two manufactures with lower shippment figures compared to Q2 2010.

It is interesting to see that one of the most expensive smartphones available, the Samsung Galaxy S II sold in 5 million units during the quarter. That is close to the entire portfoli of Sony Ericsson.

In the war of the operating system Android is the clear winner. They have a 43.4% market share 46.7 million units sold compared to 17.2% and 10.6 million last year.

1.5 million Windows Phone 7 powered devices sold during the first six weeks since launch
Alternatively post this in the Esato forum
Please sign in to your Esato account to leave a comment regarding this article

goldenface10 years, 12 months ago
Some large changes have taken place. Windows Phones seems to be in trouble, maybe the alliance will sort that out.

Bonovox10 years, 12 months ago
With Bada over taken Windows that is a shock or maybe not?? Bada is Samsung & Samsung are selling well.

Tsepz_GP10 years, 12 months ago
Oh my goodness, SE are being whipped by the new kids on the block, never thought i'd see the day when Huawei were ahead of SE

Nokia and Sammy on the other hand are almost untouchable way up there, Samsung have done very well for themselves i must say.
MS Windows Phone still doing poorly i see.
Would you look at Google Android, not only is it ahead of the rest but it has MORE marketshare than Symbian did at the same time last year...i hate to say it but i....nah i wont say it, the chart says it for me

Bonovox10 years, 12 months ago
Android is getting a little stale for me.

mode10 years, 12 months ago
Sony Ericsson needs to pump up the specs on their android devices, a good majority of Android fans are geeks who are into freedom to mod and stuff, and design is the last thing on their minds

mshoebri10 years, 12 months ago
It would be good to see these figures across emerging markets/developed markets. Who is doing well where?

Dups!10 years, 12 months ago
They claimed that the Japanese earthquake cost them delivery of their phones so let's see how they do now in Q3.
I don't quite buy the earthquake claim, I'd say it cost less than they are exaggerating.
Personally, I'm waiting for Q3 financial results to see how they do or did considering that practically all their announced phones are released in this quarter.
A good Q3 in shipments and sales will lead to another good quarter in Q4.
I expect close to 10 million shipments in this quarter, something like a 9 upwards.

Shino0310 years, 12 months ago
personally, I think the earthquake was a tough break for them. I'm not really surprise that they've shipped less phones than the others(even to ZTE and Huawei) after all, the only new phone available during Q2 were the Arc and the Play.

I'm also waiting for the Q3 financial results and I'm quite confident that they'll gain back some market share on Q3 because the new released phones are all quite good especially the new minis.

lazeeboy10 years, 12 months ago
Talk about being in a sinking ship! C'mon

you can do better than that!