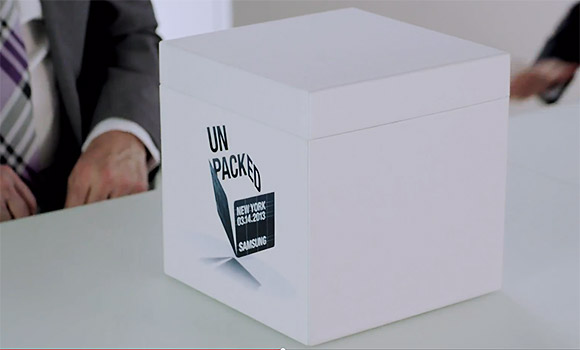 Are we doing exactly what the advertising agencies want us to? Writing about an unannounced device each of those 10 days until the Samsung Unpacked event in New York. Maybe. Samsung today released a promotional video of what could have several sequels the next 10 days. We promise not to post each of them in separate articles but instead update this one.

Unpacked is the name of a Samsung event taking place annually. The last couple of years, Samsung has used this event to announce its Galaxy S smartphones. Last year, the Galaxy S3 was unveiled at this event. Samsung is the last of the top smartphone vendors that not has announced a 2013 high-end model.

Earlier today, we found out the specifications of the Galaxy S IV. 5-inch Full HD display, octa-core processor, 2 GB RAM and up to 64 GB internal storage.