Power consumption demands are rising as FOMA users take advantage of new services and handset features, including flat-rate monthly billing for data services, such as i-motion and i-appli, and videophone. DoCoMo is addressing this issue in part by increasing the capacity of its lithium-ion batteries, the most commonly used battery in handsets today.

The micro fuel cell is a standalone device shaped like a cradle for recharging handsets. It generates electric power by combining hydrogen and cheap, environmentally harmless methanol to produce a chemical reaction. Hydrogen ions are extracted from the air via a layer sandwiched between positive and negative electrodes.

The prototype has the same basic specifications of other FOMA handset rechargers and will be compatible with all FOMA handsets. Further development of the prototype is expected to be completed by the end of fiscal 2005. 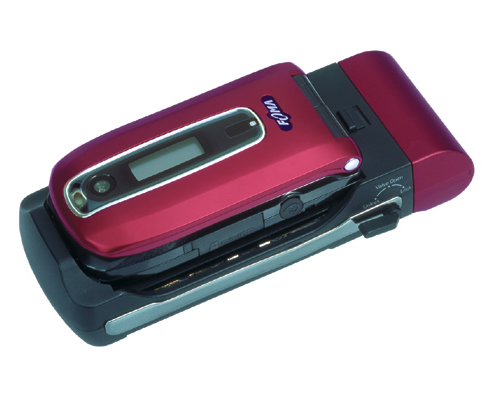 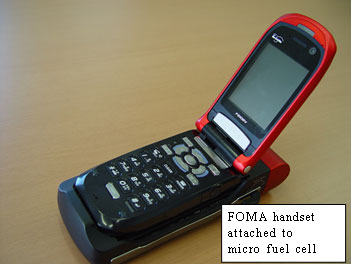 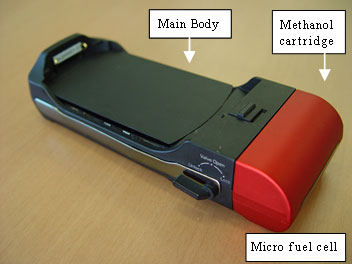 Comments
On 16 May 21:13 SidhartaSam wrote
The breakthrough in Fuel science is a great milestone in energy reserach.Probably we can design a prototype in which Ethanol could be used.