The EISA argument for awarding N95 the best Media Phone:
Within the Nokia N95's exceptionally ergonomic housing resides practically every feature one could imagine in a mobile device. The list includes GPS navigation system, Google Earth, 5 Megapixel camera with Carl Zeiss lens, MPEG4 video capture up to 30 fps, HSDPA data access up to 3.5 Mb/s, an advanced web browser, Wi-Fi, Bluetooth, infrared, USB connections, microSD slot, audio reproduction of multiple audio formats (MP3/AAC/AAC+/eAAC+/WMA/M4A) and more. It's no mere mobile phone and no mere status symbol. Pick up a Nokia N95 and you hold in your hands a state-of-the-art communication tool – the ideal way to remain permanently in touch and on track with the world that surrounds you

The EISA argument for awarding U700 the best Mobile Phone:

It's not only the striking sleek design of Samsung's SGH-U700 slider handset that appeals to today's mobile phone user. Equally impressive is the ability to boost data transmission speeds up to ten times faster than normal UMTS through the use of HSDPA - an impressive performance. Of course today's mobile phones are not only for talking, and accordingly the '700' supports audio-compression technologies such as MP3, AAC and AAC+ with its integrated mobile audio player, and video-compression technologies such as MPEG4 with its video player. The built-in 3.2-megapixel camera, with 4x digital zoom, adds to its versatility. A handy 'U Go' feature automatically adapts the display as travellers change locales: there are day and night scenes for 64 countries, including Castle Neuschwanstein in Germany, the Sagrada Familia cathedral in Spain, and a traditional windmill in the Netherlands.

It is not the first time Nokia receive an award from EISA. Nokika N93 won the Media Phone category last year and Nokia N90 won the same category in 2005/2006. The European Mobile Phone category was first awarded this year.

About EISA
EISA is the largest editorial multimedia organization in Europe, with a membership of 50 Audio, Mobile Electronics, Video and Photo magazines drawn from 20 European countries. At the end of June all EISA member magazines come together in an European city for the most important meeting in the year - the elections of the European 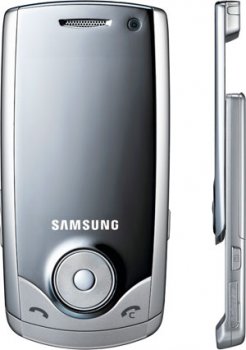 Awards. From all products introduced during the preceding twelve months, each panel must choose the best equipment in each category. One strength of EISA's European Awards is their flexible approach. The Awards categories, for example, are not recreated automatically every year. If the jury decides that, during the previous 12 months, and within a certain category, there have been introduced no new products that really deserve an Award, which category can be cancelled temporarily. On the other hand our juries are aware of the need to follow market conditions, so every year there is the opportunity to introduce new categories.

In June each year, the editors-in-chief from all EISA member magazines meet to decide which of products analyzed in their publications during the past year deserve the coveted EISA Award. The six categories under consideration are: Audio, Video, Home Theater, Photography, Mobile Electronics and Convergence. There is no doubt that this EISA Award is the most prestigious honour for a consumer electronics manufacturer to receive in Europe and this year around 56 products were declared as "Best Product" in their category by the EISA judges for the period 2006-2007.

Comments
On 3 Sep 15:48 Matthew wrote
Hmmm N95 is wow hey I wont lie but it I dnt really no coz its half the features I wouldnt probably ever use and im not a fan of nokia anymore after my sisters nokia started giving her problems but still that phone is brilliant.I LOVE THE FACT IT HAS GPS!!! but that just rises the price way 2 high

I own a SAMSUNG u700 and that is double wow!!! I just love the design and its arrabge of featurs I would actually use =P.I wont lie, as in all samsungs trhe battery is worthless. Samsung wins for its phones size and features,anyone can make a brick phone witha gazzillion features. =)
On 31 Aug 07:39 comfortmdu wrote
If a leopard was given power to posses wings, we would be foolish to refuse it to fly. All hail to the Nokia N95. It deserved to win.
On 25 Aug 03:58 ArmandoRozrioVGA wrote
The N95 deserved to win, it is the best!
On 24 Aug 12:16 dmitry wrote
don't try to sound more mature than us dingus :)

P.S. it's 2 votes to 1 so far... tough break madda :D
On 24 Aug 12:11 ektor wrote
resulting to this website to say that someone is gay is the lowest, most degrading possible insult.

Anyways, U700 is a much better phone overall imho. Knowing 3 people who own a n95 i must say it is a brick with its contents being that of every useless option available for mobile phones. The u700 on the other hand is sleek, and looks much better overall.

but what can i say...your choice, your phone...go decide for yourself..

PS: Dmitry and Dimitri are both gay...
On 24 Aug 12:04 dmitry wrote
I agree dimitri... btw i believe its ektor u were trying to say.
On 22 Aug 06:24 Gerry wrote
Nokia won this award by default based only on specification. in practice, all the features range from average (cam) to unuasable (gps). on paper, it has no rivals in terms of spec, but those spec's are just words. try using one and you'll soon see just how frustrating it is to own. i mean, it's Nokia's flagship smartphone yet it's completely useless for people in the business secter (most of the smartphone market). there's no QWERTY keyboard so e-mailing is a waste of time. there's not even a touchscreen with a software QWERTY, so getting around the phone is very slow at best. this coupled with the fact that it needs recharging 2-3 times a day makes it utterly pointless/useless. before anyone shouts "SE fanboy", you should consider the fact that i own one of these.
On 21 Aug 06:57 whatsup wrote
each has it own individual goodness.all phone are winners
On 18 Aug 00:14 zakc wrote
As a p990 owner...

Yup the n95 deserves the award, i loved playing on it.
On 17 Aug 09:17 duh wrote
a phones camera is not enough to have it win an award . the p990 even with the latest updates still has a lot of problems. it is clear that SE failed miserably on that phone. it's Crap!
On 17 Aug 06:41 jkl wrote
because nokia is always a winner.
On 17 Aug 03:38 SeF wrote
Blind, i guess they have to look on K850 vs N95 camera test on mobile-review and see what kind of stupidity they have done!
On 17 Aug 02:12 nonhomer wrote
re bkm: that's the most foolish and brand loyal thing I've ever heard in my life. Try to be more objective.
On 17 Aug 00:06 Bart wrote
what a kind of bullshit??? none of these phones are reliable. this shows that the people in the jury are plain stupid.
On 16 Aug 21:33 bkm wrote
they only go by specs of the phone only. if they had used the n95 to the fullest then they would have not given this award to it. it has more problems than its features. se has more advanced technology than coz company in the world. they don't roll out such handsets because it would cd beyond the scope of service providers to cope up with the technology.
On 16 Aug 21:31 FLIP wrote
LOL@ahmedsama