The highlight of today's announcement is the Nokia 2600 classic which allows consumers to customize their phone with colourful, fully changeable Xpress-on covers and MP3 ring tones. The cheerful Nokia 2600 classic also features a number of entertainment features, including an FM radio and a VGA camera.

"While cost sensitivity is an important element in creating mobile devices for emerging markets, the overwhelming feedback we receive from consumers in these markets is that they want their mobile device to complement their personality and offer a range of colours and entertainment features," says Alex Lambeek, Vice President, Entry Devices, Nokia. "The Nokia 2600 classic offers a colorful sense of flair and a robust set of features at an exceptionally accessible price. As with all Nokia devices, it is backed by a brand that stands for quality and durability."

Survey results: phone sharing in emerging markets on the rise

According to a recent Nokia survey of consumers in emerging markets, a new trend appears to be emerging: phone sharing. More than 50% of respondents in India, Pakistan and nearly 30% in Vietnam indicate that they share, or would share, their mobile phone with family or friends – a figure which contrasts consumer behaviour in more mature markets.

"Phone sharing is a logical trend – more and more families are purchasing a mobile phone for the entire family to use, not just the head of the household. In addition, digital cameras are quickly becoming more popular in these markets, and as such taking and sharing digital images is becoming more common," adds Lambeek. "In response, Nokia has developed a number of innovative features like the multiple phonebook to support phone sharing, and we have added technologies like Bluetooth to some models to make transferring images and ringtones easy and affordable."

The second model introduced today, the Nokia 1209, offers additional cost management features to make phone sharing easy and convenient. Innovations include the pre-paid tracker, a cost-tracking application, and the multiple phonebook – which allows up to five people to store personal contact lists of up to two hundred numbers on a single phone. Designed for first time buyers, the Nokia 1209 incorporates Nokia's intuitive user interface, dust resistance, and offers up to 80 languages. The Nokia 1209 also has a one-piece key mat for durability and reliability. 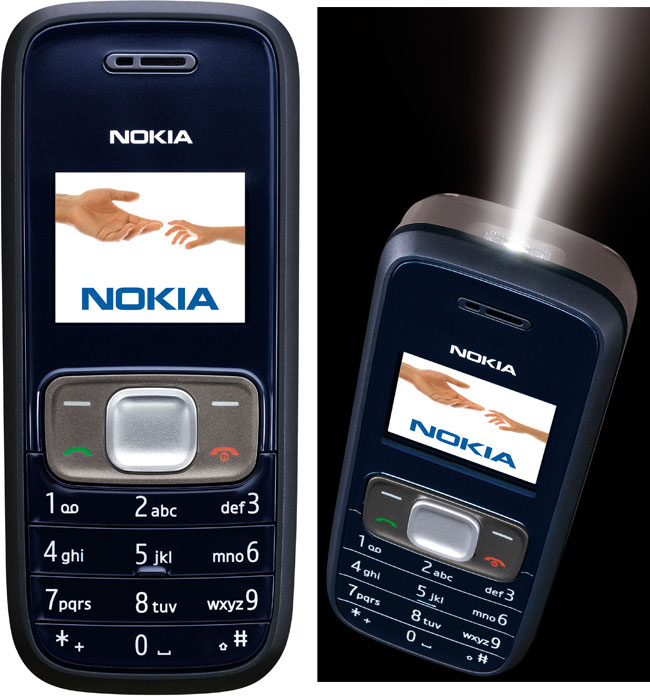 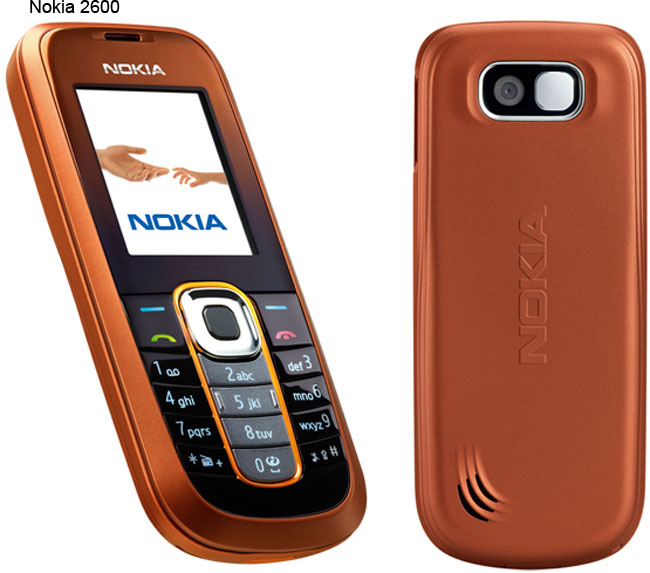 Comments
On 31 Jan 03:09 Joelo wrote
The comments are too biased let us be broad and open minded. The same biased comments to any other phone manufacturer except Sony! Let's unstick our heads up our @ss and make constructive comments. Thank You.
On 27 Jan 21:12 VertuAscentTiiPhone8 wrote
Nokia & Sony Ericsson are full on competing for a share of the rising classes in India & China as well as a host of other countries across the globe. The phones shown above are not to be revolutionary design icons such as iPhone! So there's little point in criticising their design as some of you have done previously. The focus is more upon it's added value features which are intended to be appealing to an 'upcoming individual' in need of a mobile or as the press release says for a family. However I don't think for one minute the family card will work to their advantage. It seems pointless and gives an aurora of a careless design specification to put features such as Bluetooth® and FM radio, E-mail upon it If the phone is to be shared. This phone will work best for the 16-29 age in/just left college, first mobile experience. Nokia will have to watch it's back with Sony who have made their emerging market phones Radio enabled with a extremely strong focus upon the this feature, this will go far. Radio usage is extremely higher in the said markets, aiding Sony upon it's profiteering exercise. I want to believe this is a philanthropic mission for both companies. Of course it's all about the Dollars. Saying that I hope the uptake is large, propelling communications these countries and maybe in decade or so ,making us large Western civilizations look comparatively prehistoric. Wait, hasn't India done that already?
On 27 Jan 10:22 versace wrote
praf telefon>:P
On 27 Jan 01:30 arien617 wrote
The 2600 isn't bad going for a phone that will be pretty cheap because of the targeted markerts.
On 26 Jan 14:16 kg wrote
ugly design...but i think Nokia's targetting the thrid world market...they dont care if their design will suck
On 24 Jan 09:14 rotero wrote
i gave my dad his Nokia 1208 , i think 1209 its better in terms of display quality.

It is a low end product....i think it looks ok but just sem a bit too old school on the keypad.
On 23 Jan 23:49 chrisr wrote
the 2600 keypad reminds me of a old siemens keypad i used to have years ago,
i cant remember the model number but this is the closest i could get to it.

other than that, i think these phone are going to sell, but not to people who have heard of megapixel