Great listening and easy to operate, it combines a top quality music player with a 2 Megapixel camera plus lots of features for fun and work. The Walkman® music player even works with the phone turned-off  great for use on flights.

The W700 builds on the legacy of the first Walkman® phone, the W800. This phone will appeal to anyone who wants a quality music player in their phone for occasional listening," said Jan Wäreby, Corporate Executive Vice President, Head of Sale and Marketing, Sony Ericsson.

Theres also greater potential to expand the storage capacity. As with all Walkman® phones a Memory Stick PRO Duo is included in the box. The W700 comes with 256MB - enough to hold 6 CDs for occasional music listening. But with up to 2GB versions on the market, enough to hold 47 CDs, there is enough music storage available to entertain on even the longest of journeys.

W700 comes supplied with high quality headset that plugs into a standard connector, so you can connect a favourite headset of your own if you wish. There are also a full range of plug-in music accessories from small portable speakers to car systems available.

Music management couldnt be simpler. All the software and cables you need to rip CDs to your PC and transfer them to the phone is included the box. 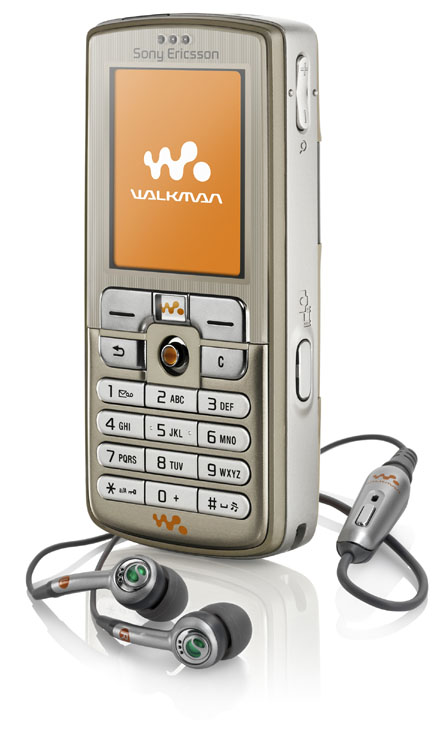 Sony Ericsson Brings the Z525 Clamshell to the US Market

Comments
On 31 Aug 11:02 Harsha wrote
it is really amazing.....
On 30 Aug 05:05 joyous wrote
well 700i is cheaper. n if you do not like the orange (loud) colour of w800i, this is the one. even if u buy a 512mb memory stick, it still costs less. and who cares abt autofocus.. not much difference with pic quality. if u want gd pics. get a digi cam. what i like is the walkman function/sound quality =)
On 27 Aug 02:56 Ben wrote
Well Being a fan of Sony Ericsson, and having previously owned a V600i (Yes a Vodaphone Branded version of the K600i) I seem that there is allot more broad functioning on the phone, Although Many have mentioned on here that the W800i and W700i are very similar, the W700i has a faster Bluetooth Driver (Version 2.0), Thus Compared to the W800i(Bluetooth V1.2) that is the drastic change in this model (As opposed to the autofocus) I have the W700i myself and find it a change from that W800i's Orange and White Contrast, Not only that the Backplate does get Grubby, But Appart From that I think that the W700i is an important phone for the SE line, Its just a renowned W800i but with better functioning, I love this Baby Phone Of Mine.
On 24 Aug 13:49 Ashish wrote
ple give me Sony Ericsson W700i full cost in indian rupes
On 24 Aug 12:36 Pete wrote
Welll guys yeh i agree with use that sony ericsson are just stupid naming them differently. I recently bought a w700 and i love it thought my friend has a w800 and there is basically no difference like even thought his has autofocus they are exaclty the same photo quality and it kinda sucks how mine is called a lower number to his which pisses me off
On 23 Aug 20:35 Sun wrote
well i own w700i...
well dont knw to put it in good or bad category!
to be frank...price wise its the best but quality wise..not as gud!
the problem i encounter with this baby is its sound quality..NOT as gud as compared to other walkman series of SE...belive me!
other drawback....there is a orange ball over joystick..it detached!
huh! and to amaze me more..it cant be glued or replaced.
this was said to me by the service center pepole..
amazing!

but it's 2megapixl camera is amazing...unlimited video recording....radio...walkman(not gud)...
cant ask for more in this price!

but i'm in little delima over its difference with other phones...i mean w800i,k750i
what is the difference except memory n auto fous???
sony is fooling people around kya??

On 7 Apr 20:27 James wrote
ALL PHONES OF ARE THE SAME?
DO THE OTHER PHONES DECRESE THE PRIZE?
I THINK IT COULD BE POSIBLE it the same that happened to K750 insted of W800
On 7 Apr 20:25 Isaac wrote
I think that all the models that are similir than W700 could help people to buy old models like w800 that wanted in the past and it could be a good idea of ericsson phones and i think that what says bellow the comments are bad i think the best is the one that says that w800 an 810 and d and k750 could decrese in price becuse I always wish a phone of ericsson and the disign are great an the walkman reaches more quality of sound but i could not have one becouse i have less money to buy one and I am on it
On 7 Apr 20:18 HEISRIGHT wrote
I think that the man who said that we had seen too many versions of this phone.K/D750 or W810,800,700 and that we all know it is the same phone.He is wrong becouse the phone looks iqual (K750, D750 or W810,800,700) but the functions are diferent and the dising of the 810 is differnt but ericsson dising phones for each life and many persons that could not have money could buy old phones whith easy and ericsson helps peple to have entrataiment and music whith different phones and more accesible to people and the w800 and w810 coul less price because of the age of reachment
On 7 Apr 20:11 ppperezjuaquin wrote
I will buy them all becouse had great saund as it say bellow thats what I write 2 times all have to do the same
On 7 Apr 20:09 PPPPPPEREZ wrote
K/D750 or W810,800,700 ARE GOOD and I will buy all are great
On 6 Apr 18:47 aswin wrote
SE actually lacks of walkman product in the $200-300 price range with candybar shape. This one should fill the gap. It'll have around $100 difference with W810. So, it's one nice market strategy move.

FYI, what makes it cheaper is the lower quality camera module. It doesn't have auto-focus. It's also according to SE strategy to divide the camera and music phones.
On 6 Apr 17:22 Jimbo wrote
I already know that cause I know about SE and that is why i am saying that this phone is a huge joke!!!!!!!!1
On 5 Apr 10:22 wang wrote
its not the same its memory card capacity can be extended and it has less memory thatn the 800i 512mb cause i have one
On 5 Apr 00:47 Jimbo wrote
I think we have seen too many versions of this phone.I doesn't matter to me if SE calls it K/D750 or W810,800,700 we all know it is the same phone.SE shouldnt try to cover its lack of products by releasing the phone in different colors and naming it differently.I see no reason for anyone to buy this phone and I hope it is a massive failure on the market(although I am an SE fan) so SE can learn its lesson.
On 5 Apr 00:23 crazyeighty8 wrote
its an april fools thing, this phone is the same as the w800
On 4 Apr 23:02 nomy wrote
W700 will have two colours available:

Titanium Gold
Smooth White (Very similar to W800i)
On 4 Apr 22:26 govigov wrote
I dont think this is a great move.. just a difference in color and they gave it a new model number?

What is SE trying to do?

This move is worse than the nokia's.

It would have been much better if it would have been a limited edition.
On 4 Apr 21:40 imanuk wrote
i'm just glad its not another pink incarnation of a popular phone, tho I bet that would sell better than the grubby looking "Titanium Gold" pictured.
On 4 Apr 21:21 Joey wrote
Reposting this from the forums.. (just thought everyone should realize this)

I really thought this was some sort of a late april fool's joke. they couldve just opened the D750 to the mainstream instead of coming up with this (with new firmware improvements introduced in the W550/W600)

i mean, is there really that big a market for walkman phones out there?!?

one interesting angle though, if they do introduce FW improvements in this model (background sms sending/revamped MMS profile system/copy and paste in the editor/etc), and it appears that this is hardware-wise identical to K750/W800, theoretically it would be possible to reflash K750s/W800s with this new firmware and get those improvements as well. that'd be svelte