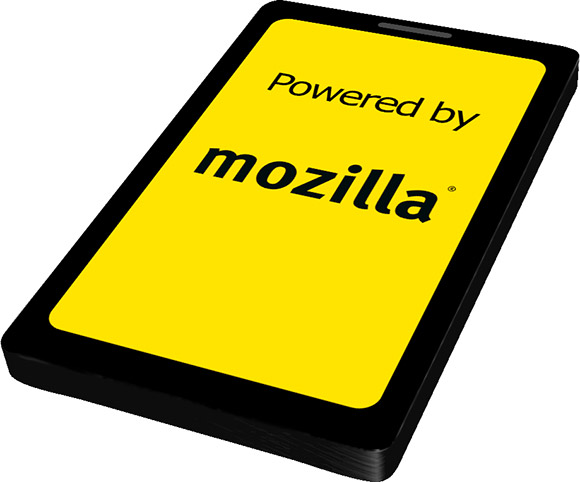 The Boot to Gecko project are currently in planing phase an not much code has been written so far. But this might change rapidly as Andreas Gal, a researcher at Mozilla Corporation said that the project is in its infancy and some pieces of it are only captured in our heads today. Boot to Gecko will offer a couple of interesting new web APIs for exposing devices and OS capabilities to content. Such as Telephony, SMS, Camera, USB, Bluetooth, NFC and more. The operating system will be complete, standalone for the open web. It will be based on the lowest level elements of the Android platform such as the device drivers and kernel. If we understand the proposal correctly, every device capabilities will be exposed for both applications and web pages.

Mozilla are announcing the new OS in a very early stage. This is because they want all their developers and the open source community to contribute with ideas and code from the beginning of the project.

Do you think Mozilla will succeed with the new OS? Can it compete with iOS, Android and Windows Phone?

goldenface8 years, 11 months ago
Definitely. People will always look for an alternative OS and developers will be right on board with this so it will good to see how this happens.

razec8 years, 11 months ago
Nice but i wouldn't want to see a free open sourced OS running only on a rather expensive hardware like Android, since Symbian is almost dead (thanks to android) i'm afraid we won't see an entry level smartphone anymore. Android, while free is being used only to power mid-high end phones leaving the entry level market completely in the dark, it may be just me but i think it would be great to see an entry level device like the Txt pro running this OS instead of the hopeless touch A200

Hobbs8 years, 11 months ago
Cant see why not if its good enough.Good luck Modzilla.