The touchscreen KU990 will have an HSDPA connectivity to help view and upload videos on YouTube, participate in video chats or just surf the web. The 3-inch screen, and MP3player and microSD card slot of the original Prada will be supplemented by an FM radio. The phone will come with an array of pre-loaded applications, including the Muvee video editing application.

So far there is no word on pricing or release date for KU990. Though according to media leaks, the phone will be with Vodafone as a network and will sees its European release later in the year. VIDEO source:infotech luxurylaunches 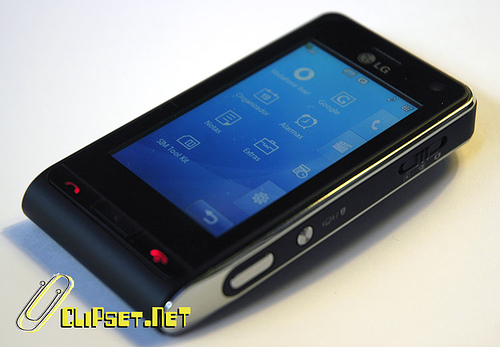 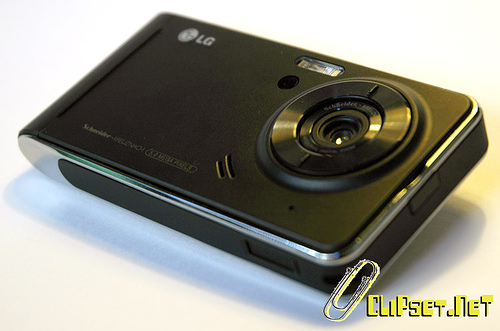 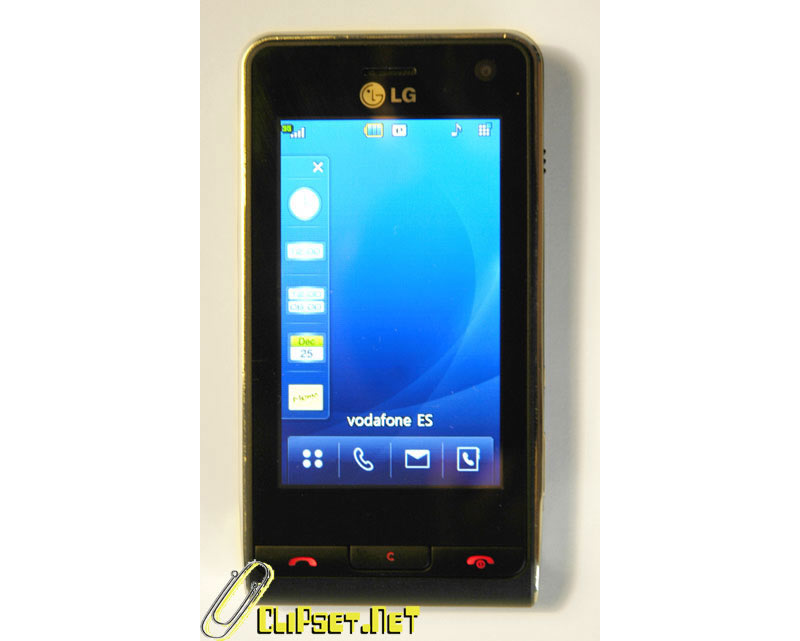 Sony Ericsson On Target to Sell 100 Million phones in 2007

Comments
On 7 Aug 22:58 Confused wrote
What's wrong with the logo??
On 6 Aug 13:13 Rav250 wrote
This is one of the new reason, why I stop buying SE phones. Sony only using it's brand names for sales and not improve any thing esle.

I just hope the battary life on this phone better then the Prada !!
On 1 Aug 13:55 John wrote
Felllllassss, dont panic!!! Breathe. The main reason LG has the gold trim is because (everyone listening carefully?, writing down?) LG is the old.....GOLDSTAR. It would be funny to call ureself GOLDSTAR and have a SILVER trim :D.

i hate that gold trim...
On 26 Jul 07:26 adeem wrote
same like china phone open this website and check ther brother form china
www.shensun.com
lg is rubbish they are only for making microwaves and tv and vacume cleaners
On 24 Jul 12:25 KazeemOlalekan wrote
This is a bomb in the array of communication gajets. I wish to commend the efforts of the manufacturer. Hope to get it in my country(Nigeria) so soon .
Thanks.
On 19 Jul 19:48 zx wrote
This wont have xenon
On 18 Jul 23:26 giancito wrote
me parece ver que tiene flash de xenon????????

esperemos
On 17 Jul 11:09 geofrey wrote
i don`t like it aha aha
i don`t like it aha aha
On 17 Jul 09:42 himlimsnl wrote
prada works realy great, ony downside i've seen is the display.
it get horizonal lines across teh screen after some time,
but it's still under warrenty... however i do hope it's sorted out with this new release
On 16 Jul 08:04 MNS wrote
Hey, that's a very good design! I hope I can see it in America someday... And... it's just me or the phone seems a bit to the iPhone (in the last image)? Anyways, it seems that it will be a success for LG.
On 15 Jul 17:45 Alfaro wrote
is that a xenon flash???
On 15 Jul 13:02 pregnantman wrote
my k800 screen is better than this? its rubbish.but this wud be cool if it could play ps3 games
On 15 Jul 12:03 Ravager wrote
wow! this is the phone i've been looking for. I was really hoping to se the P1 with a xeon flash and 5 megapixels, but when those dreams was crushed i've maybe found a alterative :D A good big clear display, microSD slot and a 5 mp Schnider lens camera with flash! This is absolutely a hard choise to make between the K850i and this. I've always been buying SE phones but it's feels like they really dont are coming with anything new anymore. Maybe it's time to break that trend!
On 15 Jul 09:57 driftmania wrote
wait, I don't know how this phone is a copy of the P1i because of the keypad, this phone doesn't even have a keypad!
This phone looks quite nice, wonder how well the 5 megapixel camera performs.
On 14 Jul 19:40 HAJLAJ wrote
Good looking phone, apple interface + SE physics.
Stupid red buttons thought
On 14 Jul 05:10 BobHolness wrote
asdkfweuaefc is right; it's a P1 copy. Look - it even has the exact same keypad! And the stylus; it's the same colour! And it runs UIQ 3.0! How can LG get away with such plagiarism? It's shocking!
On 14 Jul 04:48 prom1 wrote
Now SE has got some very serious competition & tongue in cheak here.

the name KU990 (990 sound familiar)
5MP along with the hardware 3 switch picture (looks like the K850's design queues here)
Dual Front (back looking more like a camera a la SE's cam phone lineup over the years.

hmm wonder if SE will begin to pay attention and give us more powerful feature pact phones in a more REVolutionary state instead of the steady Evolutionary state - the later has been done flawlessly though so I cannot complain. I just want more avante garde!
On 13 Jul 19:43 N95 wrote
Nice, actually very nice :). Which os does it use?
On 13 Jul 19:31 rehamer wrote
most of new lg products are really nice. but i dont buy it because of the ugly LOGO.
On 13 Jul 18:18 asdkfweuaefc wrote
P1 copy
On 13 Jul 16:45 Originalas wrote
"This is a private video. If you have been sent this video, please make sure you accept the sender's friend request."

upload a normal video to video.google.com or somethere, cuz this sux.
On 13 Jul 15:56 Max wrote
Yeah me too, atleast the backside, it really looks like a camera.
On 13 Jul 15:22 rachel wrote
i quite like that.