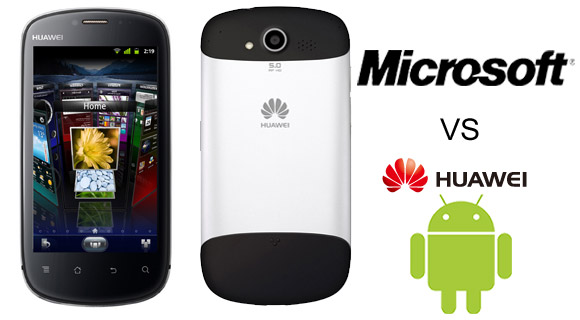 Microsoft is sending yet another Android maker a license invoice. Huawei is a Chinese company with similar smartphone shipment numbers as Motorola and Sony Ericsson. Huawei is expected to surpasses these two companies by the end of 2011 with a 400% rise in shipment since last year. All Huawei smartphones available outside of China are running on Android and we know HTC agreed to pay Microsoft USD 5 per sold Android unit back in May. Samsung, HP, Dell and Toshiba are other companies sending regular checks to Microsoft because of Android usage.

Huawei smartphones are on the lower end of the price scale. But as Huawei and Microsoft still have talks about the royalty price we do not know if the price per sold unit will differ from HTCs agreement. Huawei has 65,000 patents worldwide so the final settlement with Microsoft might look completely different than with HTCs.