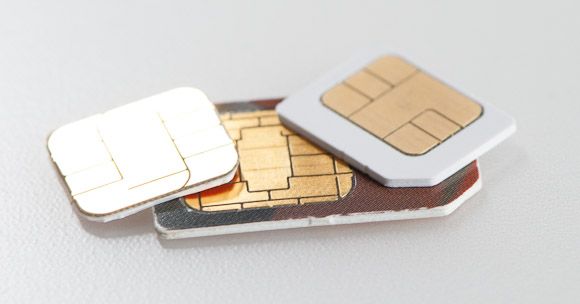 The European Telecommunications Standards Institute is the organization which decides what future SIM cards will look like. The organisation has over 750 members where Nokia, Apple, Motorola, Sony and RIM represent handsets manufacturers. Network Operators, computer manufacturers, universities, research and government bodies are also among the members.

ETSI was expected to make up its mind about the new SIM-card format at a meeting held in France yesterday. The organisation failed to come to an agreement, and has postponed the decision at least 30 days.

Earlier this week we learned that Apple and a group of US members would propose a new smaller SIM card named Nano-SIM. As you can see from the illustration below, the size of the new proposed card is not much smaller than the existing Micro-SIM card format. But the size is nevertheless the main argument for switching from the Micro to Nano format.

The Nano-SIM format proposed by Apple and many operators is 30% smaller than the Micro-SIM format. Nokia claims that it has 50 patents related to SIM-card technology, and the company refuses to grant license to builders of new Nano-SIM cards.

If we have understood this case correctly, it is not a battle of superior SIM-card technology but a war of patents. Some of the worlds largest companies was not able to come to an agreement regarding the future size of a small SIM card.

tranced10 years, 10 months ago
I won't believe what you have understood. This cannot be possible. A patent war for the size of a sim card is way beyond the thinkable. Maybe not, but...God!