Samsung mobile phones are sold through the Anycall brand in South Korea. 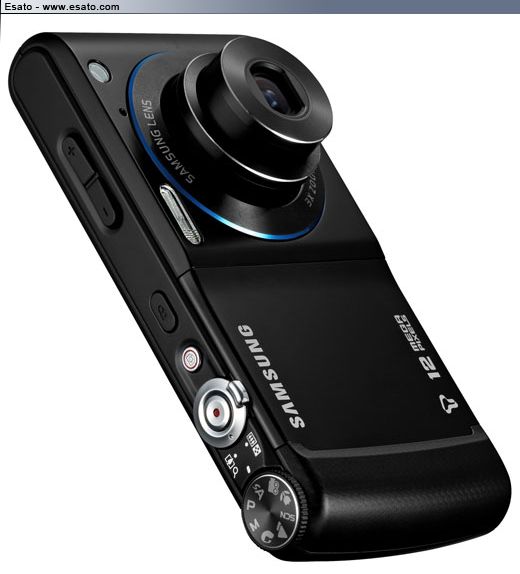 The name probably doesn't tell you a lot, but according to Samsung, the AMOLED 12M is the world's first 12-megapixel camera-phone with built-in 3x optical zoom. There were other 12-megapixel models before including the Pixon12 and Sony Ericsson Satio, but the big deal here is the optical zoom feature. This lets you zoom in on the subject without degrading picture quality as compared with digital zoom.

Going by its 115.8 x 56.9 x 16.3mm dimensions, the handset is quite chunky and looks more like a digicam with phone functions. However it redeems itself with a generous shutter button and a mode dial for switching between the various shooting modes.

The AMOLED 12M, which ships in Korea early October, will have a 3.3-inch 800 x 480-pixel AMOLED touchscreen, 1,280 x 720-pixel video capture, touch autofocus tracking, T-DMB receiver and a pair of Xenon and LED flashes. There're also 4GB of onboard flash memory and a microSD card slot that supports up to 32GB. Unfortunately, the company doesn't have any plans to retail it outside of Korea yet. 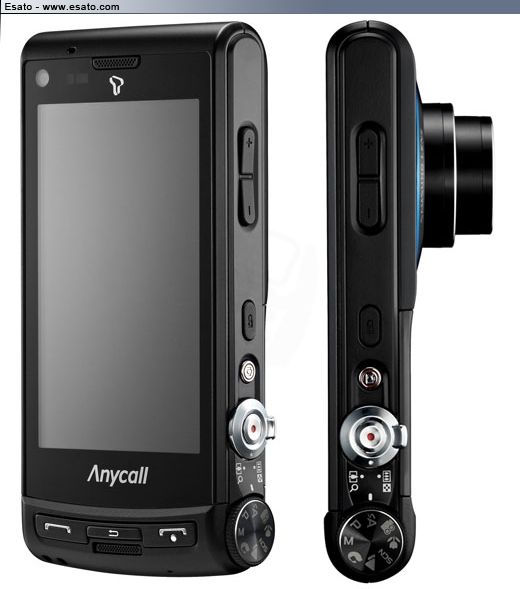 Comments
On 9 Oct 18:51 person wrote
oh y cant it say Sony Ericsson on it ??!!!??
On 7 Oct 20:47 oddiecz wrote
I think I dreamt of this...
one difference- it had a sony ericsson logo on it :(
On 7 Oct 08:04 FATHI wrote
NICE SITE
On 5 Oct 08:33 xnell wrote
wow cant wait to try it..
On 4 Oct 07:24 me wrote
i thought its a digicam hhaha
that phone looks digicam not a phone
On 30 Sep 17:51 GammaSharma wrote
One for the oneupmanship from Samsung. Love the jog dial (love to see it overloaded in the hone function). The real all in one. The only concern is that it is not as bulky as it looks right now. Talk about having it all. Waiting for the Nokia and SE answer to this.