Qualcomm has revealed its next generation smartphone and tablet processors with the 600 and 800 chipset series. 75% faster than current Snapdragon S4 Pro processor 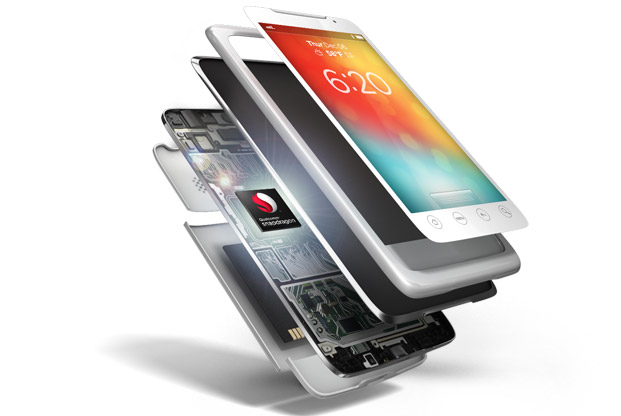 Qualcomm has unveiled its next generation of processors for smartphones and tablets. The Snapdragon 600 and Snapdragon 800 series processors is of course faster than the current S4 Snapdragon series but will also offer Dolby Digital Plus surround sound as well as 4K video recording with a 4096 x 2304 pixel resolution.

The Snapdragon 600 chipsets has quad-core processors running at up to 1.9 GHz. The Adreno 320 GPU will to the graphic computation and the expected increase in performance compared to S4 Pro is up to 40%

Snapdragon 800 will be the flagship model with processors clocked up to 2.3 GHz. Quad-core of course. The new Adreno 330 GPU will be up to 2 times faster than the currently fastest Adreno 320 GPU. Another interesting feature is the support for UltraHD (4K) video capture and playback. That is four times the resolution as Full HD 1080p. We are looking forward to see the next generation 4K displays utilizing this high-resolution. Snapdragon 800 chipsets will support up to four cameras in Full HD. It is time to demand dual lenses with 3D capabilities in your next smartphone maybe. Snapdragon 800 will offer up to 75% better performance than the fastest processor available from Qualcomm today.