Orange, the UKs largest mobile communications company, today announced the launch of its next generation services for consumers, giving customers access to the broadest integrated UK 2G/3G network, the choice of a wide range of handsets, exclusive video entertainment and information services through Orange World, fast access to the mobile Internet and email, easy-to-understand pricing and dedicated customer service support.
Todays announcement follows the launch of the Mobile Office Card for businesses in the summer, and was complimented by a simultaneous launch of 3G services by Orange in France.

More than 2,000 consumer trialists have been using the Orange UK network since it went live in July 2004, and over 10,000 people have already registered their interest in Orange UKs 3G consumer services.

Bernard Ghillebaert, Executive Vice President of Orange UK, said: This week we launch our next generation services in Orange shops across the UK, offering customers a wide range of handsets, exciting new services, the largest and broadest integrated network in the country and most importantly, the best customer care.

This is just the start of the 3G evolution. Throughout 2004 we have been making sure that the building blocks are in place so that 2005 opens up a new world of mobility for our customers. Our customers can now access more services faster, and keep in touch in more ways than ever before.

Network
Orange has the UKs broadest integrated 2G/3G network, with 70% of the population covered by its 3G network, ensuring that even if customers move out of 3G coverage, they will not lose connection to the network. Orange has 3G coverage in major cities including London, Manchester, Edinburgh, Bristol, Belfast, Glasgow, Sheffield, Birmingham, Liverpool, Newcastle-upon-Tyne and Leeds, as well as popular locations such as business parks, mainline intercity railway stations, motorway service stations, airports, conference centres, and hotels.

Handsets
Orange has announced six handsets in its launch portfolio  the LG U8150, the Sony Ericsson Z1010, the Sanyo S750, the Samsung Z107, the Nokia 6630 and the Motorola C975. The LG, Sony Ericsson, Sanyo and Samsung phones will all be available at launch in stores nationwide and online (see appendix below for pricing details).

Orange World
Orange has developed a broad portfolio of content accessible through the Orange World 3G portal  all of which can be personalised to ensure that it is relevant for the customer. Entertainment and information services include Sky News video feeds (updated every five hours); exclusive video clips from the Star Wars films (including previews of Star Wars Episode III: Revenge of the Sith); film trailers and movie clips from The Incredibles, Shrek and other cinema blockbusters; music and ringtone downloads from Warner music, EMI, BMG, Universal Music, Ministry of Sound; console-style games including Tom Clancys Splinter Cell, EA Sports FIFA 2005 and Tiger Woods PGA® Tour 2005; exclusive inside access to Chelsea, Everton, Liverpool as well as a host of other football clubs; and practical applications such as Traffic TV. The service, launched exclusively by Orange and developed in conjunction with Trafficmaster and regional road transport agencies, gives customers a comprehensive picture of traffic conditions on the UK's motorways and trunk roads and direct access to video of road conditions from selected motorway CCTV cameras across the UK.

Email and Internet access
While Orange World contains a vast amount of news, information and entertainment, customers are not restricted to the portal  they have easy access to mobile email and the mobile Internet, which includes sites such as Google, BBC, Amazon, Ebay and Eurosport.

Orange customers can also use their new 3G handset as a modem, enabling them to access the Internet via their laptop. While all of the handsets can be used as a modem via a USB cable, many offer completely wirefree connection, through infrared and Bluetooth.

Tariffs
Orange has developed a set of early adopter tariffs, giving its first 3G customers a chance to experience all of these exciting new next generation services  such as video calling and 3G film clips. Until the end of January 2005, customers can sign up to a 12 month contract from just £30 a month. As well as voice minutes and texts, the monthly charge includes access to Orange World, email and the Internet (up to 50mb), as well as 60 minutes of free video calls per month. (see appendix below for more information on pricing).

Dedicated Customer services
Orange believes educating and supporting customers will be essential to the success of these new services. Therefore Orange has developed a dedicated customer services support team to help customers get the most out of their new handset and services. Customers simply dial the new number from their Orange 3G phone for free 24 hour customer service. Over 2,000 Orange Phone Trainers are also on hand in Orange shops nationwide to demonstrate the benefits of 3G to customers and help them with any questions they may have. Once a customer has purchased a phone, they will also configure the handset for email and personalise their Orange World home page.

Roaming and interoperability
Orange UK customers will also be able to use 3G services in seven other countries  France, Spain, Italy, Germany, Portugal, Finland, Austria  with more being added over the coming months. Orange customers can already use voice and text services on 357 networks in 148 countries worldwide.

Orange 3G services will also be interoperable with all other UK operators who have launched 3G services, meaning that customers can make video calls and send content to friends over 3G, even if they are on a different 3G network.

Bernard Ghillebaert added: Were launching with the UKs broadest integrated 3G network, exciting new services, unique and personalised content through Orange World, dedicated customer support and more handsets than anyone else has offered on the first day of launch. 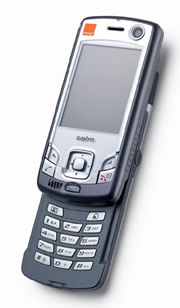 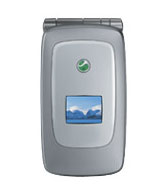 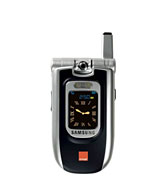 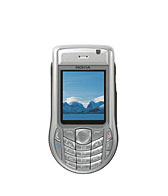 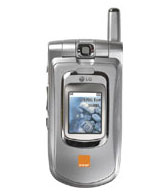 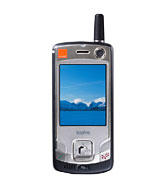