According to the mobile industry, 2007 is the year when GPS will finally lock on to phones across Europe.

"GPS has been in the domain of the early adopters to date, but in 2007 it will come to the masses," said Marcus Dacombe, head of product marketing at handset manufacturer Nokia.

GPS-enabled phones are nothing new to the millions of mobile users throughout the US and Asia. Eighty-three million GPS-enabled handsets were shipped last year, according to IMS Research. Countries like Japan are well known for their early adoption of technology, while in the US, the mass up-take of GPS was down to legislation.

In 1999, the Federal Communications Commission pushed through an act that requires all handsets to incorporate the technology. The E911 system, as it is known, allows the emergency services to pinpoint the exact location of a mobile phone caller.Although GPS remains a passive technology for most in the US, only to be activated in times of emergency, the legislative imperative pushed the technology ahead and into the mainstream.

At the same time, Europe remained lost.Unlike the US and Japan, which use a mobile standard known as CDMA, Europe's networks run on a totally different system called GSM.Developments in the US and Japan could not simply be rolled out across Europe. Obstacles overcome elsewhere remained in Europe.

"Many of those barriers that did exist have been addressed," he said. "We have seen a lot of progress in the last year."

Riding this wave of new services are a raft of new handsets from mobile manufacturers that are now cheap enough for operators to offer them as upgrades or bundled with contracts.

In Europe alone, the number of GPS-enabled mobile phones is expected to soar from around three million last year to nearly 70 million in 2010, according to IMS Research. Globally, the figure will be close to 300 million. source:BBC 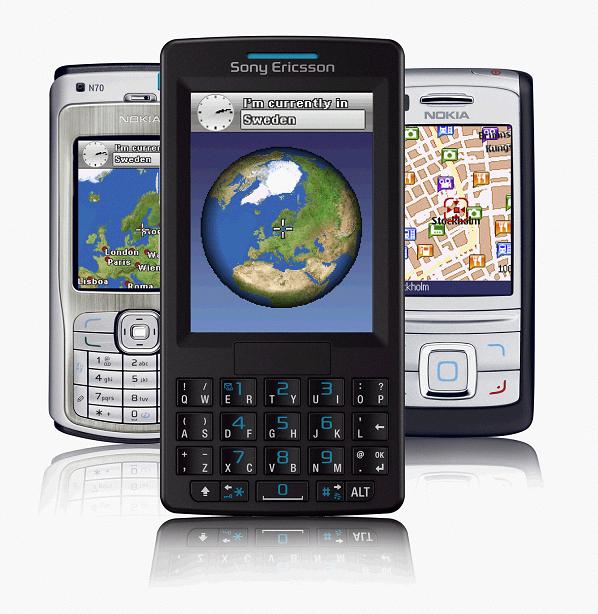 Comments
On 7 Feb 02:38 SteveYuwono wrote
I think this features is still in the dream in Indonesia.
GPS...Oh...GPS...when can I get this feature in my phone. Another decades perhaps...
On 25 Jan 21:58 Hameedsfirend wrote
Dont be offended Hameed but do u need this to help you around the jungle or desert.

What is it that they have in Nigeria, Africa?

I cant imagine too many people needing directions in Nigeria thats all
On 25 Jan 11:42 enjoymentman wrote
Is it a yam?....just kidding, Sure you will.
On 25 Jan 03:01 Hameed wrote
Whoopee.I do HOPE it will get to Nigeria...