Posted by laffen
Apple today announced the 4-inch Iphone 5 smartphone. Read all about the new features 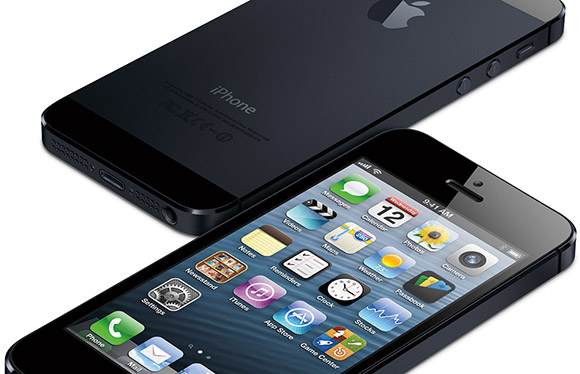 
Posted by ILoveBhe
Steve Jobs is dead and the IP5 looks exactly like the leaked images. When he's alive, nobody even knows what product is to be announced
Posted by Tsepz_GP
^
You must have forgotten the iPhone4 saga then.
Posted by pt020 Posted by Bonovox
I just posted that Posted by Bonovox
You already are old

Posted by AbuBasim
Like the iPad announcement all over again... Posted by djin
Seriously every single iphone thread is filled with spam! I know its ok to post something like this once in a while, but about 5 threads, and every single one of them has almost the same thing. I think every one knows here that hardly there are 1% of esato users who are actually an apple fan. These threads would drift to oblivion, if it weren't for these random hate posts..
Posted by chunkybeats
I think you find that majority of Apple users are stuck up and think their product is the only best product you can buy. Also comes the smugness with it which really isnt necessary and make out that they can afford an over hyped, less engineered, less advanced and with old technology. That means they are due a hiding from others and rightfully so! They started this whole crap in the first place. I have friends who have iphones and regret and I mean regret buying them. They want to switch to another platform but no Apple have them by the balls, they have paid for apps, music, video, everything, can they bring that across to another platform? No! I feel kind of sorry for them because they got bought into the whole Apple craze years ago now they have realised that Apple aint innovative anymore and not giving you value for money.

I kind of feel that some people here on Esato where probably in the same position before and moved over to other platforms and realised that the grass is indeed greener on the other side. I hope the Apple slagging continues and makes more people realise that they want your money and loyality and for what in return? A 4" screen in which almost every high end phone out there is above that and provides a much better res to the so called Retina display. Sony Xperia S offers the highest ppi, do you hear people banging on about how good that is? NO because they know what it is and carry on. Apple just make BS claims that they invent new tech when really they just put a name to it and make it sound revolutionary. I hope this makes some sense as I believe some people will agree with that the world is in a sad place if they believe Apple is the only product out there offering you 2 year old technology!
Posted by goldenface
PMSLOTF!
Posted by Bonovox
One of my Irish cousins recently said the iPhone is the best phone invented. Cos she's my cousin I just bit my tongue

was not gonna argue with her not my cousin

But anyway if Apple think their screen is retina,hmmm look at this

Sony's displays are much better imo

Posted by Miss UK
Don't argue with wimmin about the iPhone

My partner is a fandroid like u chunky I just laugh !!!
I really love my iPhone and there's nothing that
Would stop me buying them either iPhone just rocks da
Boat and clicks all comparisons for me

Posted by Bonovox
Chunky?? I'll argue with whomever I choose nothing to do with being a woman it's cos she's my cousin. And I am no Phandroid or whatever I own a Windows phone and prefer it to Android. Android is not childish it does far more than iOS can do and better. I agree about the old woman though

Posted by Miss UK
yeah the Guy back there

Even then there were no actual photos or renderings that turned out to be accurate. Or maybe i just din't see
Posted by chunkybeats
I am no fandroid (great nickname coming from an ifan). Im with Bono I like Windows and Android. Apple as per my reason I hate them because they are trying to change standards all the time to suit them but really them standards suck. So really you can see my reasons are valid. I have had an Iphone 4 before and at the time a nice phone but this all lock down thing and being not able to recover my data after it broke really says it all! I suppose Im an angry one off ex user whom Apple has left a bad taste in my mouth! I went from SE to Apple and then back to SE / Sony again and I tell ya its a better place to be in now

Posted by Bonovox
Really like what Nokia is doing now and their Windows 8 devices are different,exciting and Nokia has been innovative with designs and new features. They can only keep getting better too. It's far more exciting than the drab 3rd generation same design of the iPhone.
Posted by Miss UK
Chunky I love how u seem to refer me
As a iFan or Sheep,..

Saying that one of those are one whom
owns a home full of Apple Memorabilia
Yet I only have a phone !

Funny classed as that owning one
Device

Posted by chunkybeats
wow miss UK don't get all defensive, bono has had his fair share from you not its my turn! lol love these domestics we tend to have lol
Posted by Miss UK
Chunky ur not as anoying as Member bonovox "Trust Me"

haha I love these domestics to