Full size
Posted by JohnyCar
Ok that is just one picture,and its great so far,but pleas take some landscapes an post more pictures!
your from Sweden? how much money did you pay your Satio phone?
Posted by JohnyCar
Sorry did not see your country in the corner, Bangladesh. on your picture GPS map I so that it was taken in Sweden.
Or did you take that photo at all or just borrow it from somewhere?!
Posted by hansen
It is taken from Satio launch blog.
Posted by xell
Night shots, as it's dark, obviously. 2MB each.

http://www.abload.de/img/08102009003ufn5.jpg
Posted by tranced
not bad at all for being taken during the night. the macro pic didn't turn over exposed which is a good sign

i believe you are wanting to see the sunrise eagerly

Posted by tyko
Yes indeed, the macro pic is quite good. Xell, do you have any feeling for how strong the flash is compared to other phones?
Posted by xell
The only Xenon flash phone I had was the K800. I'd say it's almost on par.
Posted by jmcomms
A selection of photos;
http://gallery.me.com/jmcomms#100141&bgcolor=black&view=grid

Posted by voda_jon
and here are a couple i took today.

Posted by Bonovox
Those pictures of the street at night and the underground look noisy
Posted by jmcomms
Yes, they are a bit noisy (download the full resolution versions) but I've seen much, much, worse. I think it's still pretty good for a cameraphone sensor.

One had the camera resting on something (the one that has the blue sky), the other was just held in the hand and in twilight mode - so a long exposure. Besides the noise, it has done very well to counter any hand movement/shaking.
Posted by Bonovox
Funny thing is even though the n86 is 8 mega pixels i think it takes better pics outdoors than the Satio from what i seen so far. Also the Nokia has a good night mode to make up for the rubbish led flash if you can call it that. Yes i have have also seen worse too although yes it still is a great camera i certainly would not refuse it.
Posted by adnansanni
@JohnyCar:
Sorry man for late reply. I didn’t take that picture. Just borrow from another site to share with all of you in Esato that how Satio is capable to handle the pictures. I wrote the address under the picture.
Posted by xell
Touchfocus: 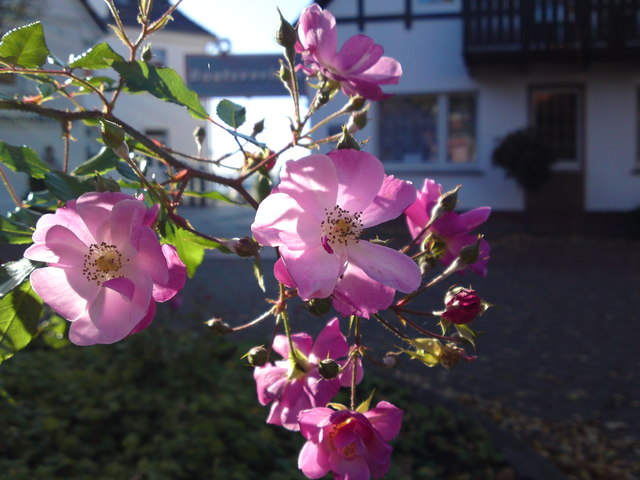 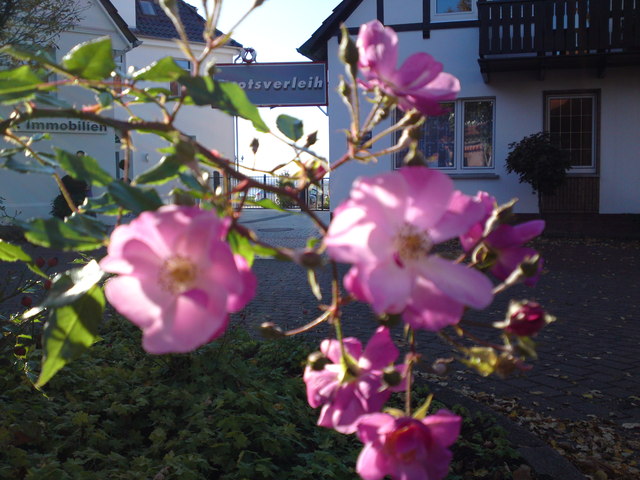 Posted by xell
While we're at it: Search for the second merging line of this panorama shot. I know the first one is easy to find - where's the second?

Original: http://img4.abload.de/img/15102009016ix2f.jpg
Posted by zootzoot
I found this on flickr.
His a guy who works for sony ericsson.

Here are some pics he made with his satio.
Fontaine Virgile's photostream
http://www.flickr.com/photos/virgile-fontaine/

respect goes out to fontane for using his pics. 
Direct comnparision Satio vs. N86 (full size pictures in the links right below the photos).

Note how unhappy the little guy in the last photo looks when he sees the N86.

Posted by etaab
I doubt not a single person on this forum will remember me but ive been away for about 3 years (been using Nokias). Now ive got a Satio on order im looking forward to coming back to Esato and enjoy posting some pictures from it. When it eventually comes ! Posted by mikely_28
Wow! Amazing pics! I am waiting to be able to buy satio in Poland. I'm loosing my patience

Posted by eltoffer
they are not as good as i expected, i can do better pics with my w290 and even with my c905 dont know if it worth the money mmmm

Toffer! Greetings M8!
Can camdriver from Satio be modified?
Posted by dyedfox
Great pics! This phone will be mine. Not now.
Posted by 5H4K
I took this photo in a PITCH BLACK room!

Posted by sale987
No, dont upload the pics yet, wait for some 6month when i get this phone, then to put the pics together

Joke of corse. Nice pics but we want more
Posted by kallegod Posted by Toney_Ericsson
Some excellent photo's

Posted by mikely_28
I'm starting to be impatient! It's a little bit expensive for me now! I want that phone! The pictures are brilliant!
Posted by barareklam
Please, post some indoor portrait pics, with and without flash. That is mainly where I use my camera, parties

And if possible, which white balance did You use?

And if possible, which white balance did You use?


The quality can be viewed in the photo comparison reviews of the phone on gsmarena. Quality is the same currently unless a new firmware comer out, which can really enhance the photo quality:

Scroll doen to about 1/3 of the page to see. TS stated that these photos were submitted by SE.
Posted by mervy
A indoor shot @ 2 mp using touch focus... 
On 2009-10-18 23:18:26, etaab wrote:
I doubt not a single person on this forum will remember me but ive been away for about 3 years (been using Nokias). Now ive got a Satio on order im looking forward to coming back to Esato and enjoy posting some pictures from it. When it eventually comes !

You remember me !? I remember us having a few bad words back in Euro'04 when England played Portugal and we were robbed !

I wasnt sure what i was doing so when i finally got the hang of the camera i tried again:

As soon as i get a bloody day off work i'll take some pictures outside !! Macro has focused onto the leaves. Guess I went a bit too near.

Posted by jcwhite_uk
I am really impressed by the quality of the Satio pics. They are a bit noisy in the dark though but thats to be expected from from a small sensor really.
Posted by zootzoot
all auto settings Posted by Angello
just some Posted by Bonovox
Those first 2 pics of the flowers look poor
Posted by etaab
So does the picture i uploaded of my watch. I think Esato compresses images a bit too much when they're downsampled to fit in the forum.

Posted by Angello
yep they look much better on my computer...

Posted by Bonovox
Yes but them first two pics of flowers just lack sharpness. But yes on some threads here the 2mb limit is annoying