Kim Heang-woo, executive director of Samsung, mentioned that the new SPH-2300 is the first model with optical zoom, which unlike digital zoom experiences no resolution loss when enlarged.The new model has a front of a digital camera and a back side of a mobile phone. A built-in flash provides clear images even in the dark, and mini SD (secure digital) card gives extended memory space. 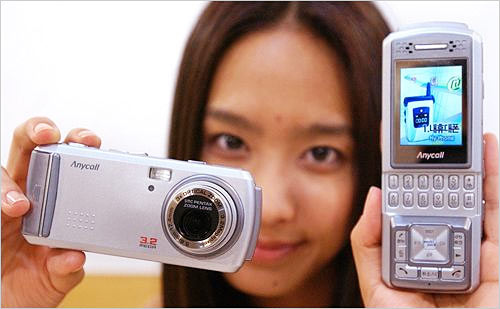