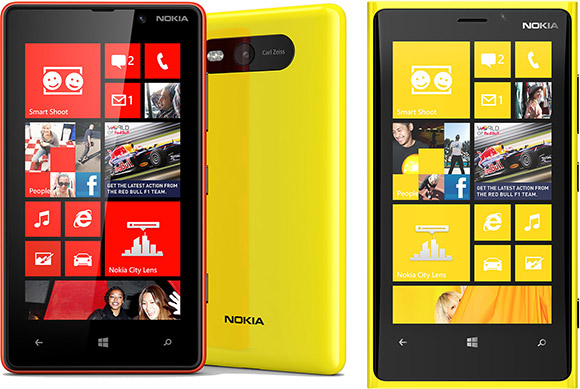 
Posted by titus1
This ain't pureview for the masses. These will be more expensive than PV808 itself.
Posted by julias
Love the hardware but i wish they were less Fisher Price looking!
Posted by Bonovox
There is white and grey versions too. I love em
Posted by ILoveBhe
When Sony did the back illuminated sensors, they dramatically reduced the size of the sensors, I thought i did not read about the sensor size of the lumia 920. For if they used back illuminated sensor, and kept the size of the sensor as before, i guess that should be beter.
[ This Message was edited by: ILoveBhe on 2012-09-09 23:46 ]

Posted by Bonovox
Maybe they will next year but that maybe too late. I still like these phones. Maybe it is Microsoft limitations that prevents Nokia making a true Pureview in Windows
Posted by etaab
Doubt it, i think its more the case that if they were to stick the camera from the 808 in either of these two, the hump on the back wouldnt go with the rest of the phones sleek look that people desire.
Posted by Marly
Exactly, people want thin phones and you can't stick the 808's cam in a thin phone, that's life, you can't have it all

Megapixels don't mean a thing, when the cam is good, 8mp is enough for a phone.
Click to view updated thread with images