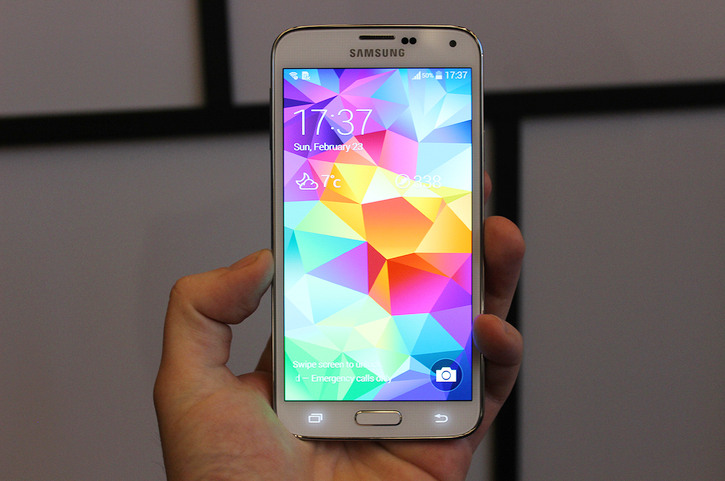 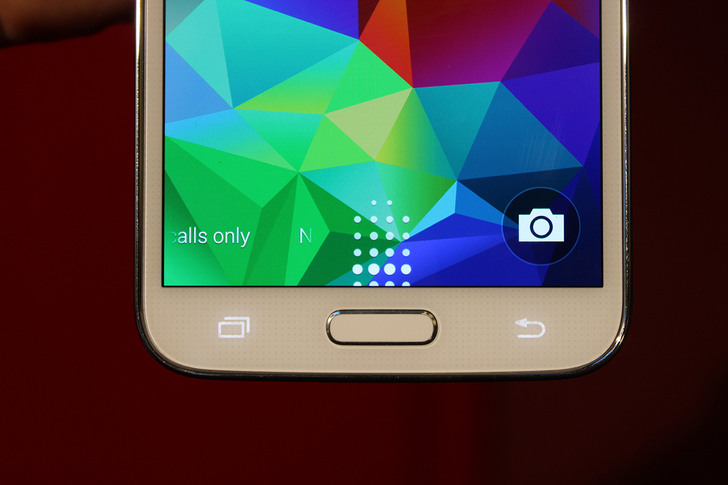 Samsung Galaxy S5 has just leaked in live photos, specs and details. Some ingenious reader managed to guess the link to a hidden article and downloaded everything about the upcoming flagship smartphone. Unfortunately the page doesn't exist anymore so it's impossible to confirm if the images are the real deal.

So, the Galaxy S5 is said to pack a 5.0" SuperAMOLED display with 1080p resolution, not much of an upgrade over its predecessor.

The camera got a significant update though - it's now a 16MP one with just 0.3s shot-to-shot time, selective focus and 4K video recording. The Selective Focus seems to be similar to Nokia's Refocus app - it shoots a picture and you can choose the focus after the fact.

There is also some new HDR Live mode which allegedly lets you see how the HDR photo will look like even before you take it.

Another new addition is the heart rate monitor placed just below the rear camera under the LED flash. You just need to put you index finger there and the device will tell you your heartrate. Apparently Samsung Galaxy S5 will focus on fitness apps (S-Health 3.0 on board), especially with Samsung's newest wearables having a heart rate monitor, too.

Galaxy S5 will come with a fingerprint sensor (who would have guessed!) and it will be embedded in the Home key. You will need to swipe your finger 8 times to record it and after that you will be able to unlock the S5 with your fingerprint. You can also authorize PayPal payments with just a single swipe of your registered finger.

Finally, the Galaxy S5 will allegedly be water and dust proof. This means we are probably not getting an Active version as it was with the Galaxy S4.

Other specs we managed to collect over all leaked articles are USB 3.0 port, LTE connectivity with download booster mode where you can use both Wi-Fi and LTE for super-fast downloads, Android 4.4 KitKat with support for OK, Google command to launch Google Now anywhere, new TouchWiz skin with flat and round icons (probably the same as the Galaxy Tab Pro 8.4 slate). 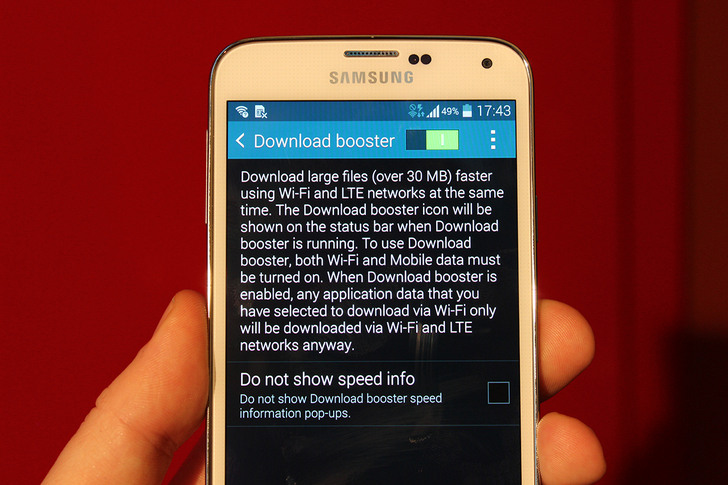