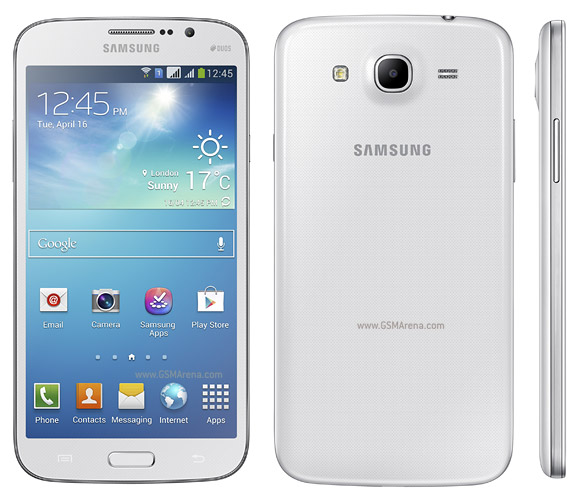 After numerous leaks here and there, the Samsung Galaxy Mega 5.8 has just been officially unveiled and it is coming to Europe and Russia in May.

The Galaxy Mega 5.8 stretches the limits of what we consider a phablet with its humongous 5.8-inch display. The resolution, though, is only the qHD 540 x 960 pixels which works out to some 189ppi. In simple terms this means the screen is definitely not among the sharpest ones out there and jagged edges and pixelization will definitely be noticeable.

While not a high-end device, the Galaxy Mega 5.8 will bring some of the latest features we saw in the Galaxy S4 to those on a tighter budget. The split screen function as well as the new camera modes like Drama Shot and Sound and Shot will come pre-loaded on the device. Samsung’s S Travel and Story Album are among the features that will also make their way onto this handset.

The Mega 5.8 along with the newly announced Galaxy Mega 6.3 will also likely serve as test vessels for Samsung as it will undoubtedly judge users’ interest in such gigantic phones.

Here is a quick rundown of the specs of the Samsung Galaxy Mega 5.8