Posted by Tsepz_GP
And its official folks!

The successor of the most popular smartphone from the most widely adopted platform - it doesn't get much bigger than this in the mobile industry. After months of intensive rumors and amid unprecedented hype Samsung finally unveiled its Galaxy S4 smartphone at its Unpacked event in New York. 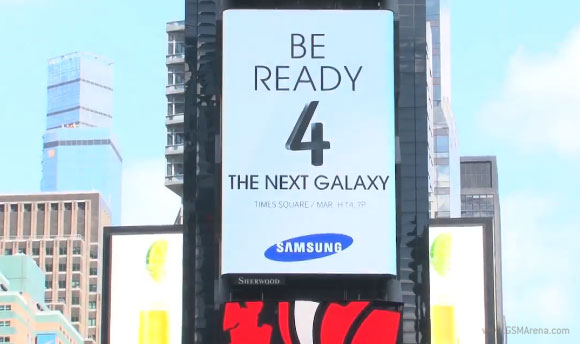 At first glance the Samsung Galaxy S4 might look very similar to its Galaxy S III predecessor, but you shouldn't be fooled by that. It's a completely new phone on the inside and it seems to have all it takes to keep Samsung ahead of the Android pack.

Fitting a larger screen of higher resolution in a more compact and lighter body, the Samsung Galaxy S4 is also the first smarphone to feature an octa-core CPU. The Exynos 5410 chipset has a set of four Cortex-A15 cores to do the heavy lifting and another quarter of power-saving Cortex-A7 cores, which takes care of less demanding tasks.